When you’re a stay at home parent with a child, or children, you start to get lonely even though you’re not physically alone at all. Even with family support, I often found myself feeling alone. But finding a motherhood support group changed everything. I finally had an outlet with people who would understand because we were all going through the same things.

Being a parent is drowning on so many levels. We are pushed and pulled in all sorts of directions with no time to even process our own thoughts. So finding the right motherhood support groups is essential for any mom to survive.

I’ve fallen into depression a couple of times because I was living in a cocoon. But I was able to find my way out, thanks to my family’s support, making new mom connections, and discovering resources and things to with my kids.

“Morning” sickness knocked me down at the start of my pregnancy. On days I tried to work, I felt like a failure.

Not being able to keep my food down had me paranoid and that’s when my mom guilt began. I was thrilled to be having a baby but I felt like everything I was doing was a failure. I couldn’t work, I couldn’t eat, I couldn’t even get comfortable. And I needed a distraction so for the rest of my pregnancy I was home alone on the couch watching Netflix or reading my pregnancy book and trying not to feel sick. I was bored to death but didn’t want to leave the house, I just wanted to sit still and feel decent.

Realizing I Was Stuck In A Bubble of Fear

I was already at the state of paranoia during my pregnancy. Having read up about how to care for a newborn, I followed guidelines strictly, like lots of fearful first time moms do.

After staying home for my entire pregnancy, I continued staying home in fear of diseases. I protected my child in our own little bubble and rarely went out. But time went on and I got used to the pattern.

Without any married friends and or friends with kids, I had nobody to talk to about it. The only times I left the house were to walk the dog, to buy groceries alone, or a few family dinners.
And when I got pregnant again, the nausea kicked in quickly, and it lasted for a full four months. I was so uncomfortable that I never wanted to leave the comfort of my home and was miserable yet again.

My husband made me realize that I was still stuck in a cocoon and so was my growing child. My son was ten months old and I was entering my second trimester with my daughter. Too much time had passed and I was going to be welcoming a second child into our little bubble.

Breaking Out of Denial

Stuck on avoiding too much exposure or possible illnesses for my newborn, the months went by and I had almost a one year old. All that time we simply stayed home playing between the two of us.

Granted, my child was not complaining and was having a great time playing and exploring in the house. I realized I should have tried harder and done the research sooner. But it hit me then, I should have been taking my son out in the world! He should be learning, exploring, and socializing with other babies. Not locked up at home because his mom is scared of facing her fears of meeting new people and exposing him to possibly ever getting a cold.

My husband broke me out of that denial and it helped me see that I was lost and depressed. It helped me step up, become stronger, and start doing the research. Even if it meant putting myself out there into the world to meet other moms and babies and try to make friends with strangers.

My first step was to begin an online search for activities within my son’s age since he was still a little too young for playgrounds.

I asked around on Facebook for ideas on where to start. And searched Google for what activities to participate in with a ten month old.

Results led to different things, such as mommy and me gyms, library storytimes, and more paid mommy me classes. With a limited budget, I tried for free options first and came across MeetUp. It led me to a local group of moms got together at parks and the kiddy play area at the mall.

This motherhood support group changed my life and I had no idea that it was just the beginning or how easy it could be. It was there in that group that I met some of the moms and babies I hang out with on a regular basis and communicate with daily.

All I had to do was try. 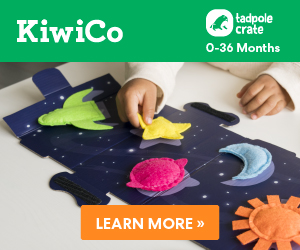 The first time I went to meet this group, I was so nervous. Trying to keep my cool, I arrived and didn’t know if I should just observe from the sidelines or talk about our lives.

And, as usual, I couldn’t shut myself up even when I tried. Before I knew it I was no longer the new quiet girl and was entering their conversations. It was such an awkward feeling because there was almost no positive nor was there a negative reaction to my presence, so I wasn’t sure if I was welcome or not.

At the end, I left wondering if I should have exchanged phone numbers but I didn’t know if it was too invasive to ask.

It had even crossed my mind that I would get excluded from future events because of our children’s age differences. My son was a few months older than the majority, which in baby land makes such a difference!

But I ended up meeting with the group again several times throughout the following months. We started to build friendships and become facebook friends, which felt like a huge deal.

Making mom friends feels like entering the dating pool. You try really hard to hold back your personlity at first and then start releasing your true identity once you feel like they’ve accepted you. It’s a weird balance.

Why do people make it so hard!?

having a motherhood support group

After a few months, some of us started meeting at the same place and time every week and the bonds got stronger.

There were even a few more “newbies” so I started to feel like a regular.

Our little group started to bond so much that we decided to split away from the original MeetUp group and created our own motherhood support group on Facebook.

It’s been two years now and the group grew quickly. We regularly share ideas, silly stories, plan and organize meet ups and other gatherings through our private facebook group. Now there are over twenty of us, with varying ages and stages of life. And our support group feels like a little family of our own.

We turned a MeetUp group into a close-knit motherhood support group. We support each other and help each other out. That’s how women and parents should be with each other.

If you are lucky enough to have a friend who is also a parent, count your blessings. If you’re as lucky as me to have a group where you can spontaneously meet up with in a couple hours to get your kids to burn some energy, you’re one lucky mom!

How it's Affected Me

Meeting these moms and being in this group has definitely changed me.

I am much more comfortable and confident on a daily basis and I definitely have my patience levels on check, which are tested all the time with kids of any age!

On weeks when I don’t take my kids out at least once a week I start to become irritated and impatient and the kids get bored and start acting poorly. So it definitely shows how having activities outside the house affects us on a regular basis.

Having my support group makes it that much easier because I can plan our weeks better. I can plan my errands or when to do my house chores around the group outings and activities.

It keeps us all in check. So it’s a total win-win!

How it's affected My Kids

My kids have learned to be social, confident, and very verbal. Without going to daycare or preschool, they made friends at a very young age just from being surrounded by children their age.

Some kids struggle making their first friends once they start school because they’ve only been around adults or strangers. But when our children are around the same people their age multiple times, they start to develop bonds.

Where To Start The Search For Motherhood Support

If you’re expecting, or if you’re like me who didn’t know how to get out there with a baby, don’t be afraid!

It’s not easy but you have to try, for yourself and for your child!

Good luck mammas, and if you already have those amazing friends, congratulations!

I love this post so much!!! Mommy Groups are really a lifesaver. When Vicky was born I had my parents and grandparents stay with me for over a month so our house was full and I always had someone to talk to but once they left I felt lost and… Read more »

Great post! It takes a village.. it’s great for you and your kid(s) to get out with people going through this motherhood journey!

I’ve been wanting to find and join a moms group! It’s so hard to find mom friends and it’s so important!

This is a great post and I love that you added resources for parents at the end. My daughter is 2 now and I’ve been through this loneliness and stress as well. I think I’m still going through it in a way as I haven’t found “mom friends” who we… Read more »

My name is Paula and I’m a mom of two littles. As an over-thinker, I started blogging to share my experiences as a mom but also to expose the reality that we’re all just winging it. And recently, my artistic passion has come alive through crafting with my growing kids. Thanks Mommy Blog is about kids crafts & activities as well as mom hacks and parenting advice.